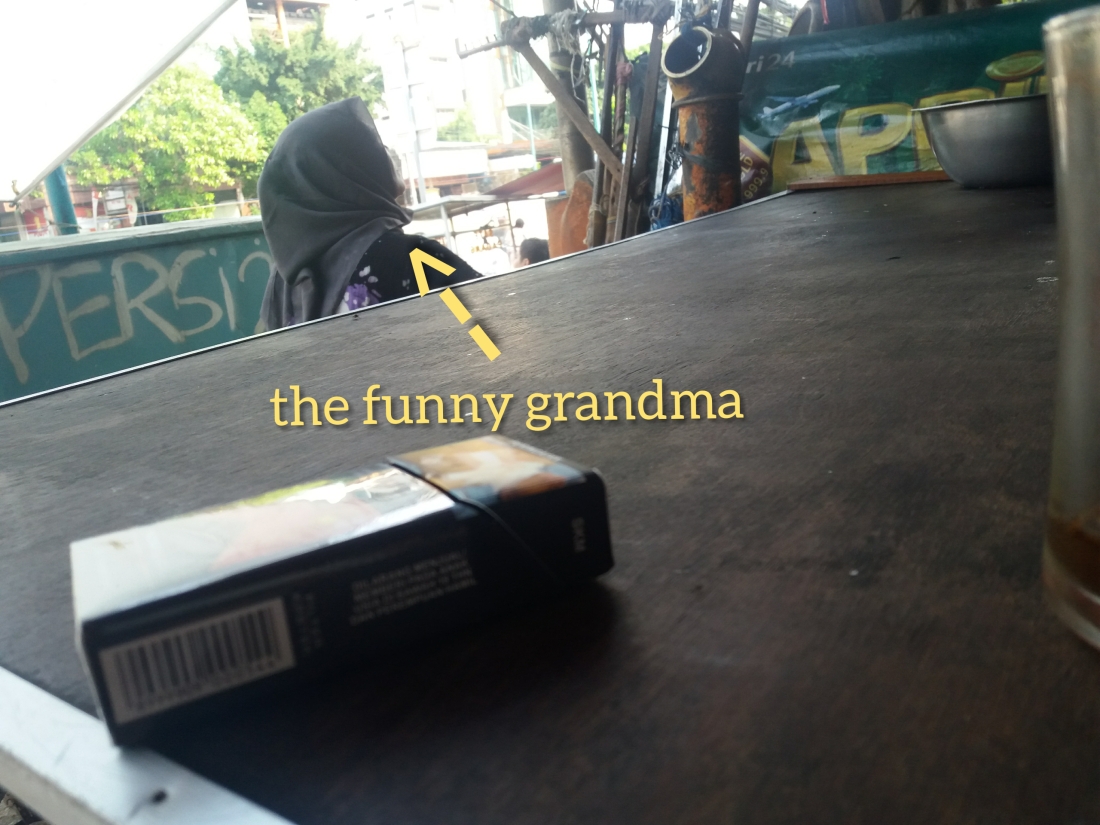 In an afternoon I visited a food stand while some surrounding merchandisers were prepearing their tents for their goods to sell.

They’re mostly a flock of guys and… there was also a grandma — she’s not too old though.

For those guys this grandma became the target to joke around. The grandma repeatedly said “crazy” to those guys that kept teasing the grandma with funny remarks and stories.

It’s understandable if the grandma called those guys “crazy” repeatedly because their joke matters were ‘crazy’ too. Not too vulgar, but it contained of sex related stuff.

The grandma herself responded the teasing with not less funny remarks.

While the guys told a news about 85 years old grandma marrying a teenager boy and the grandma was still able to have a baby. And then those guys related such story with that grandma as a person with some teasings.
“I’m experienced” responded the grandma ‘proudly’.

It seemed they all enjoyed ‘hanging out’ with some joke exchangings.

It’s also a free entertainment for other people that heard them joking, including me. ^_^

Yeah… there are ‘comedians’ everywhere in this country 😀