So much time (years and years) has been wasted just for debating the shape of the earth which is actually pretty simple and needs only one or two footages to verify the reality of flat earth.
Where is the progress then?

Anyways.. You cannot rely on globe/heliocentric model with gravity in it, for better understanding of aerodinamics/aeronautics.
Bernoulli principle is over, and honest roundearthers will see the take off phenomenon as a mystery.

What about Motionless Flatearth Model?
Density — as much as gravity — doesn’t make sense. The same confusion prevails for the take off phenomenon. 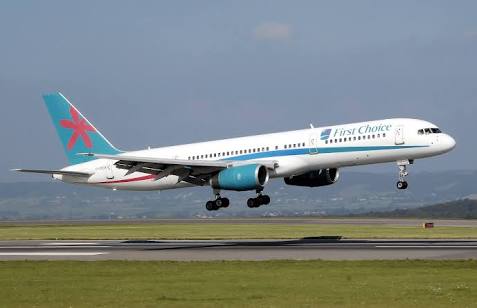 There is air resistance due to earth’s deceleration. If the earth goes downwards, basically it has potency of flying. So the airplane only need sufficient speed to gain sufficient force per second by the air resistance because the more speed the more extent of underneath airplane’s body to be collided by the air.
It will give the effect of “flying” which is actually only perspective, because the universe goes downwards all the time with extremely high speed..

When the airplane speeds up, there is more and more air flow per second underneath its entire body. Such air flow gives force upwards, because there is earth’s block. As the speed increases, the amount of air mass — which gives upwards force — becomes increasing as well till the mass exceeds the airplane mass along with all in it. This is the requirement of a take off.

And then the airplane will go horizontally by adjusting the wing navigation. The more speed, the more dip navigation required. Because not only the cockpit is the weakest burden point, but also the more speed the more altitude will become.

As to the question: why is the airplane able to maintain horizontal path, the globe model gives Bernoulli principle explanation in which the wings matter to resist the gravity force so that the horizontal state can continue. The critique: The mass of the wings is too weak to lift the entire airplane’s body along with ones and things in it. IOW: Impossible for little burdened wings to lift a huge burden airplane body.

Gravity has flaw: Lift at the land has some problem: how to make sufficient air flow upwards for a body with big weight + the same big weight with downwards gravity.
IF the answer is SPEED then the airplane will take off a little bit BUT what’s next??

Air flow for lift will decrease and become zero due to mutual sharing with air flow from above. While gravity still gives weight effect. The result is: the airplane will land again.

These are only some evidences about DUD and flight. This research still continues.
At least for airplane proper designing, you should refer to the Reality, not false theories.